House of Accrual is a first person survival horror game, with a focus of combat, puzzles, and exploration.

You are the Vagrant, an out-of-towner whose desperation has led him to the Petosky Estate, in search of its rumoured treasures. The long abandoned mansion seemed like an easy score, but as you wake up bleeding out in the driveway, you realise this house won't give up its riches without a fight.

This demo shows off an early portion of the game, and is intended to demonstrate the sort of  combat, puzzles, and tone that can be expected from the final game.

Simply unzip the downloaded folder and run "House of Accrual.exe"

Had fun with this! Thanks! Here's my playtrough

Had a lot of fun with this game! Im excited to see how you can build up the atmosphere for sure! Awesome experience :D Here is my video if you are interested!

Pretty cool demo. The enemies are pretty freaky and the gameplay is good too. The only bad thing is the way that gun sways back and forth. It should definitely hold still. Nice job though! I had fun for sure.

Hey there, PennMurtons! Congratulations on this game. I loved the gameplay and the graphics, specially the bag interface and the puzzle mechanics. The story even for a demo was great too. Resident Evil influenced? :) I've made a video playing this game with hilarious reactions. I hope you enjoy.  Keep the good work!

Thank you for playing  and enjoying the demo! I'll be sure to check your video out.

Reply
CjuGames8 days ago
A solid and promising start. Special mention for the inventory system which I loved. The demo is certainly worth a try. I'll be keeping an eye on this one.
Reply
Pogesque9 days ago

Excellent game! Unfortunately, I got stuck and ran out of time during my recording session, but I'd like to come back to it! Reminds me a lot of Cry of Fear (hence the title of my video) and that's a great thing! I'd appreciate it if you'd check out my video, thanks a lot!

Enjoyed the feel of this demo, though I do have say that the axe swinging animation had me in fits!

I loved the gameplay, a bit rusty but is great for an indie game. The combat was a bit weird and unconfortable, but i loved the puzzles, the route and what you feel when you play it. Not every game can make me feel what this did. The inventory is a bit ugly, I'd change it. The rest is ok just how it is, I hope this game is going to go out soon

This was a great demo, showing off some aspects but leaving a bit more open for the final release. The game feels like a great mix of RE7 and Cry of Fear, puzzles are reasonable, and the enemies are grotesque in the best way.

Nice work, I can't wait for the full game. I think the gun could use some work.

PennMurtons the game is interesting and the concept too, but there are some things that are not very cool like, the graphics are good in certain places but others are not, the gameplay and control are good, the enemies are a little ugly and easy in the sense of  presentation, their attacks, visual.  but in addition the game is interesting.

This was a really great game, the puzzles felt pitched perfectly with a nice density to kick things off. I like the novelty of the gun handling and the inventory system - it's so nice to see in a smaller game. Overall, it was just fun to play which is an underrated metric. I'm pretty excited for the full release but I imagine it's a way off. Impeccable RE7 vibes. I hope the full release is more difficult though!

Quality demo. Level design is solid, good creepy vibes throughout, and you can tell a lot of though was put into the puzzles and how to set up each stage and move forward to the next setting. Definitely look forward to playing a full version.

Reply
Neco The Sergal14 days ago

Got my Let's Play out now, feedback and complete gameplay

Amazing resident evil 7 vibe, I found the gun a bit weird to handle but the graphism was on point, puzzle wise, I like how it's presented, the monster were interesting but the one with the gun was super annoying and I like it

Reply
BetaHunter14 days ago
Well, well, well... This is quite the high quality for an Indie survival horror.

First off, the gameplay is great! The controls, mechanics and inventory system is amazing, especially the inventory system. But nothing really lacks in terms of mechanics, no wonkiness', no weird movements or hard to use controls, it is overall really smooth. And then there is the gameplay itself, the puzzles are hard, but not too hard. There was no place at which I really got stuck, but I was challenged none the less. One of the reasons for this, is the fact that the game consistently gave clues as to what was going on. Helping out the player without holding their hand is a hard balance to find, but this game managed to do so! The red handprints here and there are an exemplary way of doing this! I did not catch the trip wires when the monster triggered one, but just managed to see them before I accidentally triggered them, puhh. The audio was great too and not too repetitive, as many games tend to reuse audio cues way to much.

The map-design and art-style was amazing. This game has so many details, and exploration is rewarded in-game, which is a great addition. Although the money had no use in the demo, I would imagine they are important in the full release!

Story wise, the demo does not contain much. The game does however shortly introduce the environment through notes, monsters and dead bodies. I imagine and hope, that this game will be story rich in the full release, which I greatly anticipate to see, in the hopefully near future!

Thank you! I was worried some sequences would be confusing. And don't worry, the full game will flesh out the violent mysteries of the Estate...

Reply
Neco The Sergal14 days ago

Absolutely loved the potential I saw in this. So I'd be especially disappointed if others, much larger than myself in the Youtube scene didn't notice this. Either way, I support this project. I'll release an LP soon, you can see the gleeful reaction of me seeing the inventory system especially, as well as just my one more singular criticism. But as I relay at the end of the video I already recorded - I'd see this as a good hidden gem of a survival horror game, I normally wince at many indie horrors that craptastically try to shoe-horn 'action/shooting' but all they do is force down a cruddy royalty-free like script/system in place and it just feels awful or lifeless or hollow. The attention to detail in the many things, from inventory, both visually and management-wise, appeases something in me that reminds me of childhood? Nostalgia? Who knows. But that 'attention' and depth in this game is something I took note and can full-heartedly appreciate, so I can let the developer know that the extra time put into certain things is never wasted or wasn't ignored or any of that sort.

thank you for such a complementary comment! responses like this let's me know I'm on the right track, and motivate me to keep working. 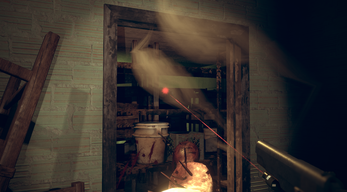 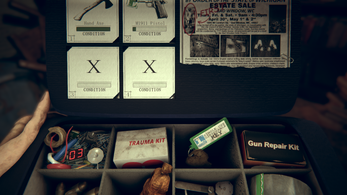 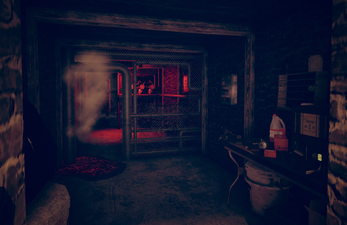 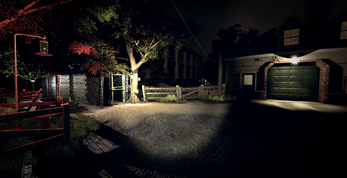 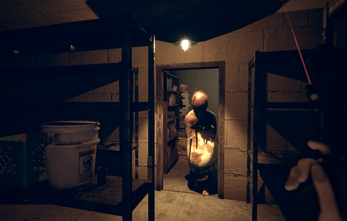